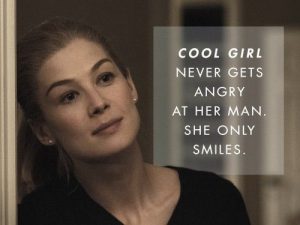 Erika M. Thomas’ article “Punishing Unfaithful Wives and Working Mothers: Messages of post-feminism in Contemporary Film” explores common themes in film regarding women during the post-feminism era.  Thomas points to several reoccurring themes including the notion that the feminist movement left women with the belief that they cannot raise a family AND have a successful career. This theme is seen in many films in which a strong work-minded female character realizes that happiness is found in a family-orientated life. Is more expected of the woman today than ever before? Women throughout history have generally been seen as one dimensional. Our sole purpose was to be a wife and mother. Other characteristics were rarely represented in film. Is the expectation of women today more complex? I believe so. Many women are expected to work the “double shift” which includes a paid job on top of the emotionally demanding job of being a mother.  The recent thriller film Gone Girl documents the frustration women feel trying to compete to be the well-rounded “cool girl”.

“Men always say that as the defining compliment, don’t they? She’s a cool girl. Being the Cool Girl means I am a hot, brilliant, funny woman who adores football, poker, dirty jokes, and burping, who plays video games, drinks cheap beer, loves threesomes and anal sex, and jams hot dogs and hamburgers into her mouth like she’s hosting the world’s biggest culinary gang bang while somehow maintaining a size 2, because Cool Girls are above all hot. Hot and understanding. Cool Girls never get angry; they only smile in a chagrined, loving manner and let their men do whatever they want. Go ahead, shit on me, I don’t mind, I’m the Cool Girl.

Men actually think this girl exists. Maybe they’re fooled because so many women are willing to pretend to be this girl. For a long time Cool Girl offended me. I used to see men – friends, coworkers, strangers – giddy over these awful pretender women, and I’d want to sit these men down and calmly say: You are not dating a woman, you are dating a woman who has watched too many movies written by socially awkward men who’d like to believe that this kind of woman exists and might kiss them. I’d want to grab the poor guy by his lapels or messenger bag and say: The bitch doesn’t really love chili dogs that much – no one loves chili dogs that much! And the Cool Girls are even more pathetic: They’re not even pretending to be the woman they want to be, they’re pretending to be the woman a man wants them to be. Oh, and if you’re not a Cool Girl, I beg you not to believe that your man doesn’t want the Cool Girl. It may be a slightly different version – maybe he’s a vegetarian, so Cool Girl loves seitan and is great with dogs; or maybe he’s a hipster artist, so Cool Girl is a tattooed, bespectacled nerd who loves comics. There are variations to the window dressing, but believe me, he wants Cool Girl, who is basically the girl who likes every fucking thing he likes and doesn’t ever complain. (How do you know you’re not Cool Girl? Because he says things like: “I like strong women.” If he says that to you, he will at some point fuck someone else. Because “I like strong women” is code for “I hate strong women.”)”

This quote demonstrates how women living in the post-feminism era struggle to demonstrate their self-confidence, freedom, sexual expression without expressing TOO much or being TOO dominant.  As a woman, you can be sexual..but only in certain situations.  You can be career-driven…but your family life will suffer if you focus too much on work. Women are expected to be the perfect amount of all desirable qualities in order to be happy and ultimately have successful romantic relationships.

I decided to examine Karen Ciclitira’s article “Pornography, Women and Feminism : Between Pleasure and Politics” Two themes Ciclitira focused on within this writing are how the feminism movement altered the way western women think about pornography and  the harmful effects of pornography. In the 1970’s Andrea Dworkin lead the Anti-pornography campaign in America. Dworkin, along with many other self-identifying feminists believed pornography was hurtful because it showed underage children and violence/ sexual abuse against women. Another reason pornography is said to be dangerous is because it creates unrealistic expectations of one’s own and other bodies. Additionally, pornography provides us with social scripts about what a sexual encounter should entail, where it should happen, who should instigate it etc.

In this interview Lust speaks to the common misconception that all workers in the adult industry are sleazy and lack self- respect:

Steve Neale’s article “ Masculinity as Spectacle”  puts forward two main themes of masculinity in film from a psychoanalytic perspective. He focuses on the topics of identification and voyeuristic spectating.  Identification as quoted by Neale “involves both the recognition of self in the image on the screen, a narcissistic identification and the identification of self with the various positions that are involved in the fictional narration.”  Neale’s belief is that men  not only look to the main male character to identify with , but also other characters including the villain, the love interest, the father etc.

“Narcissism and narcissistic identification both involve phantasies of power, omnipotence, mastery and control.” I looked up the term omnipotence to understand this statement a little bit better. Omnipotence refers to having unlimited or god like power. Immediately my mind was drawn to music and how I’ve seen this theme play out time and time again in predominately rap music. Music is a main form of socialization and feeds humans socially constructed definitions of ideal male characteristics.  Mainstream pop/rap artists such as Kanye West, Jay Z and Asap Rocky sport lyrics that boast about their godly status, and having the most or the best of everything ie. money, women, cars, drugs. I searched through Kanye West’s albums and numerous song titles refer to power and control. Here are a few examples:

– Can’t Tell Me Nothing

-Who Gon stop me

Are these narcissistic and power hungry lyrics affecting how young men view themselves and what they’re entitled to?

Here are a few other articles of relevance to this subject…

Butler’s article “Subjects of Sex/Gender/Desire” touches on feminism, the gender binary and how gendered language

In particular, Butler describes how binary language splits and distinguishes female vs male genders. The article stresses what feminists theorists also claim- gender is socially constructed.  What are problems that arise from living in a binary society? Intersex individuals are completely ignored.  Secondly, individuals who express a gender identity different from their assigned gender are subject to harassment and violence.  However, the gender binary is not only harmful to those who don’t identify with it. It restricts children from living their lives authentically and to their true and full potential.

Are there efforts being put forward to deconstruct the gender binary? In recent news, major clothing department store John Lewis decided to opt for only all –inclusive gender neutral children’s clothing. Do you think measures such as this are overshadowed by the powerful presence and influence of the media and socialization? Will we ever fully deconstruct the binary? What are the benefits to continuing on with this system? 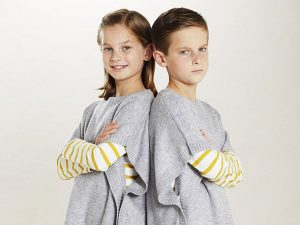 Gender neutral bathrooms have also been a topic of controversy over recent years.  The New Yorker (2016) highlighted some of the frequent arguments against opting for gender neutral bathrooms in public spaces. Many people claim gender inclusive bathrooms will increase cases sexual assault. Others speculate that such bathrooms will host consensual sexual encounters which children may be exposed to.  Here is a link to the article: https://www.newyorker.com/news/news-desk/whos-afraid-of-same-sex-bathrooms

Do you think that there are more pressing issues that need to be addressed? Or is the introduction of gender neutral bathrooms a step in the right direction? 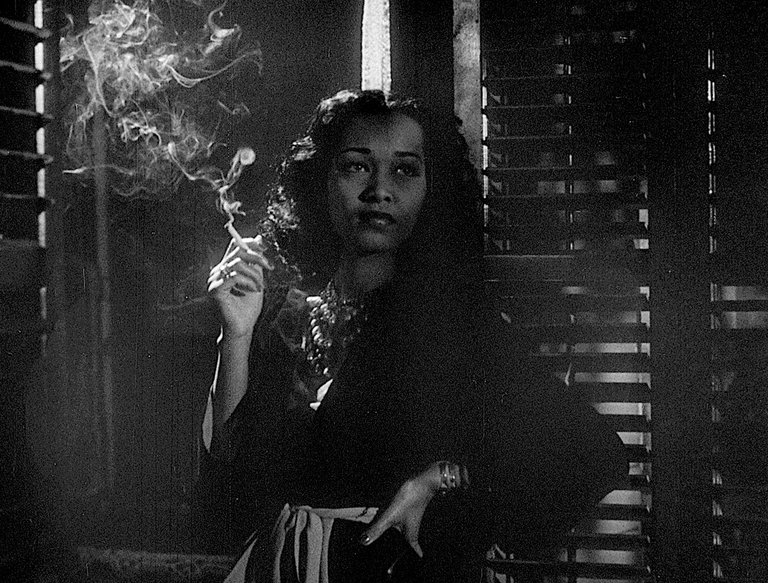 Susan Bordo’s (1997) article “Never just Pictures” highlights the correlation between media and body image in women. Bordo describes how, from a shockingly young age, children learn to distinguish desirable body types from others. Fat and overweight body types are shamed and discriminated against. Bordo examines how the fashion industry has influenced society’s perceptions of beauty and the ideal woman’s body. Although this article was published in 1997, models for high-fashion runway shows still appear “waifish” and undernourished in 2017. Eating disorders can arise from a number of causes including social expectations brought upon by media depictions.

I found the mention of the “heroin chic” look to be disturbing. This look romanticizes depression and appearing “zombie-like” or on the verge of death. I’ve seen this trend appear many times in the media in recent years. In my own experience I have seen people sporting clothing that portrays depression and other mental illnesses as trendy and glamorous. Here are a few examples: This article sparked confusion in me of why we like to romanticize unpleasant ways of being, disorders, and situations. One I often see play out in person and on social media is the stereotype of the “struggling university student”. Why do we glamorize over-exhaustion and over-exerting oneself?